Nutrition in early life has a huge impact on overall health all throughout the life. The first 2 years of life are the most important because it has an extensive influence on the child’s growth, development, learning and survival potentials.

Breastfeeding and complementary feeding during this extremely important period have a lasting impact on the child’s health. Long-term research has observed numerous benefits of breastfeeding on infant and child morbidity and mortality. 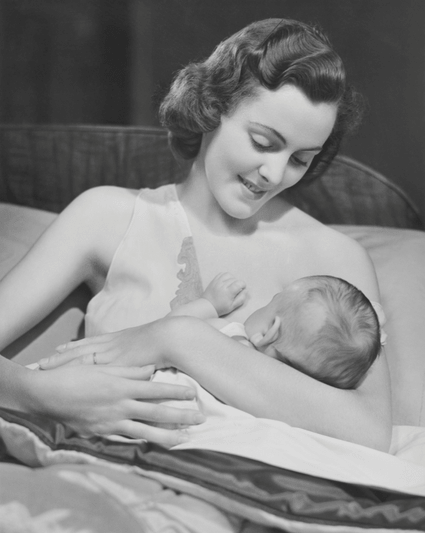 Let us learn in detail about human breast milk:

Human milk is unique because it contains vital nutrients and bioactive compounds that promote survival and healthy development.

The first milk produced by the mothers after the delivery is called ‘colostrum’. Colostrum has a completely different and unique appearance, composition and volume. It is produced in low quantities only in the first few days after the delivery. Colostrum is rich in immune-boosting compounds that keep infections at bay.

After colostrum, mothers produce transitional milk, which is similar to colostrum. It supports the nutritional and the developmental needs of the rapidly growing infant. Transitional milk occurs from 5 days to 2 weeks after delivery. By 4-6 weeks of postpartum, there is a dramatic change in the composition of the milk and it is considered ‘fully mature’.

Here are the benefits of breastfeeding for infants: 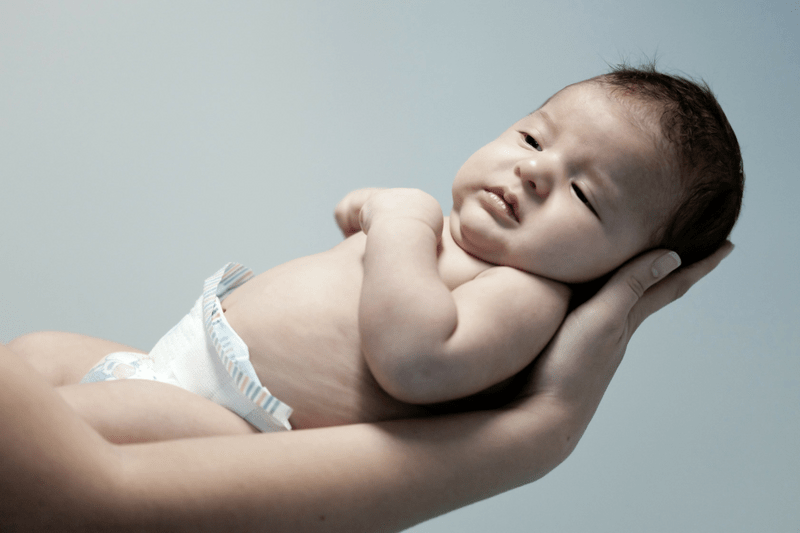 Diarrhea is one of the most common diseases in infants and children. It can be fatal when improperly handled. Breastfeeding prevents diarrhea and other infections of the gastrointestinal tract, reports research.

According to an interesting study, infants who were breastfed were at a lower incidence of diarrhea compared to those who were fed formula milk. Such a protective action of breast milk is attributed to the presence of secretory immunoglobulin A (sIgA) in it. SIgA is an antibody of the immune system, that fights bacteria and viruses.

It protects the mucus layer of the digestive tract against damage. This reduces the incidence as well as the duration of diarrhea in infants. 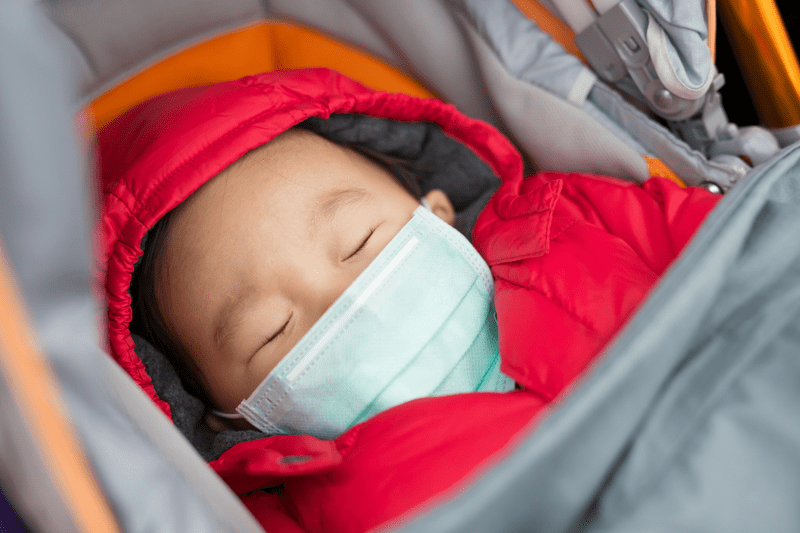 Another study pointed out at the beneficial effects of breastfeeding against bronchiolitis in children. The levels of inflammatory markers, like C-reactive protein, is high in infants who are not breastfed exclusively.

Ongoing body-wide inflammation is linked to respiratory diseases. Breastfeeding blocks the action of inflammatory markers and reduces the overall inflammation. This, in turn, lowers the risk of respiratory tract infections in infants.

The immunologic components present in breast milk destroy the inflammatory substances, bacteria and viruses that cause infections of the respiratory tract.

Lowers the Risk of Obesity

Being overweight or obese gives rise to a number of metabolic disorders and leads to a poor quality of life. Obesity in children is a double burden because it leads to the onset of diseases and disorders much sooner in life.

The protective effect of breastfeeding against childhood obesity was first reported in the year 1981. One study noted that infants who are breastfed display a greater influence over their food intake. They develop a self-control of caloric ingestion.

Early and exclusive breastfeeding is further associated with the greater appetite control later in life as compared to formula-fed infants.

Researchers have documented that formula-fed infants have the tendency to consume larger quantities of meals than their breastfed counterparts. Thus, breastfeeding regulates the appetite and reduces the risk of obesity among children.

Breast milk contains leptin, a hormone that suppresses hunger. Leptin may influence the infant’s weight in the first and second year of life. Hence, it can be concluded that exclusive breastfeeding reduces the risk of obesity later in life.

Diabetes mellitus is a disorder, which affects almost every organ of the body. Numerous studies have reported that exclusive breastfeeding is protective against the development of diabetes in adult offspring.

Besides this, breast milk contains adequate amounts of polyunsaturated fatty acids (PUFAs) to ensure adequate insulin receptors in the child’s brain. This is necessary to maintain normal glucose metabolism.

Having low concentrations of DHA (docosahexaenoic acid) and PUFAs in the body can result in insulin resistance. Infants who are formula-fed have a reduced secretion of insulin and increased secretion of glucagon, which gives rise to high blood glucose levels.

Therefore, promoting breastfeeding for at least 4 months may be a useful strategy for the prevention of diabetes mellitus among young adults. 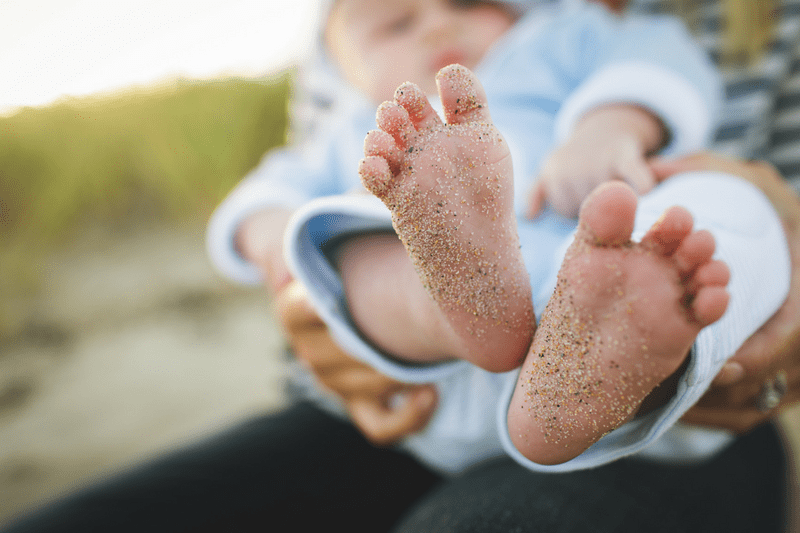 Having a strong immunity reduces the risk of acquiring infectious diseases and improves the quality of life. The human body is exposed to numerous bacteria, viruses and toxins on a daily basis. Individuals who have a poor immune system are at a greater risk of infections and diseases.

Exclusive breastfeeding protects against infections during and even after lactation. Certain bioactive compounds present in breast milk strengthen the immune system and prevent the onset of immunologic diseases, including allergy.

Human milk contains secretory immunoglobulin A, an antibody that enhances the removal of bacteria, viruses and other harmful foreign invaders from the body. Lactoferrin, a protein present in breast milk protects against the bacteria and strengthens the natural antimicrobial defense system of the body.

Reduces the Risk of Hypertension

Hypertension in adulthood has a strong influence on the risk of stroke and heart diseases. Infants who are breastfed are at a reduced risk of developing hypertension later in life as compared to formula-fed infants, says a research.

Breast milk contains PUFAs, that play an important part in the inner lining of the blood vessels and arteries and are responsible for the production of nitric oxide. Such a production helps in the widening of the arteries and ensures smooth blood flow throughout the body.

It further protects the inner lining of the blood vessels and the arteries against damage and this seems to reduce high blood pressure in adults.

An early introduction of infant formulas with high sodium content may load the immature kidneys and affect the blood pressure levels. 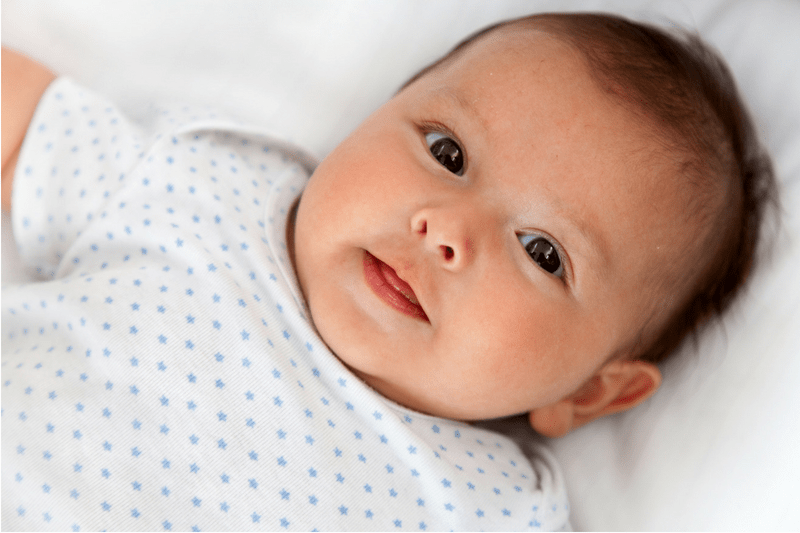 Exclusive breastfeeding results in superior intelligence throughout the life, whereas infants who are not breastfed may have lower IQs. Studies have observed that breastfeeding improves cognitive development and emotional interactions between the mother and infant.

The positive impact of breastfeeding on cognitive development may be because breast milk provides nutrients that are required for the development of the immature brain. Breast milk contains long-chain polyunsaturated fatty acids, such as a docosahexaenoic acid (DHA) and arachidonic acid (AA).

DHA promotes the optimal memory function and development of the nervous system. It boosts healthy blood flow towards the brain and impacts the signaling system of the brain. The serum concentration of DHA is higher in breastfed infants as compared to formula-fed infants. 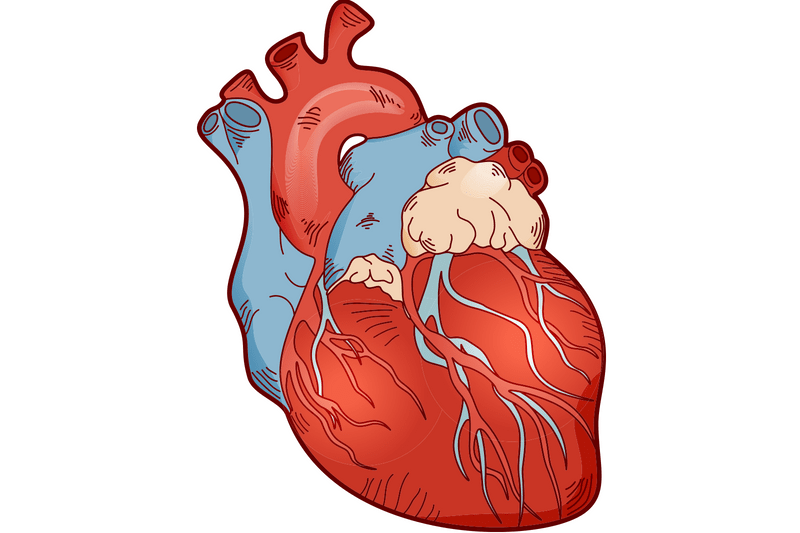 Exclusive breastfeeding may have an indirect effect on cardiovascular health. Breastfeeding reduces the risk factors associated with heart diseases later in the life, which include:

Early control of the risk factors is efficient and cost-effective. Because breast milk exerts a protective action against the above-mentioned risk factors, it automatically protects the heart against damage.

Besides this, high intake of cholesterol from breastfeeding is associated with low cholesterol level in older ages. Exposure to breast milk cholesterol affects the cholesterol metabolism and inhibits the enzyme involved in the synthesis of excess cholesterol.

Hence, by reducing the level of cholesterol in the blood, the risk of developing cardiovascular diseases can also be lowered.

Breastfeeding provides nutritional and immunological benefits to infants and also prevents infections. It offers short-term as well as life-long health benefits. Therefore, mothers should breastfeed their little ones rather than using formula feeds. In other words, breastfeeding can save lives of infants and improve their overall health.

I am Pooja Saini, an Ayurvedic Consultant with Bachelor of Ayurvedic Medicine qualification from India, living in Melbourne, Australia. I have spent several years in Ayurvedic health science practice for treating women health problems.In this website, I try to explore the ancient wisdom to promote women health and wellbeing. I wish to achieve optimal health for females and their families by sharing hidden yet simple tips from Ayurveda. My tips are usually supported by current research and are hence evidence based.My advice comes from a complementary health science background. Please do not stop your regular medicine or health products when trailing my tips. You should consult your GP or health practitioner as required.Read More  |

Bhringraj Benefits for Hair and Skin 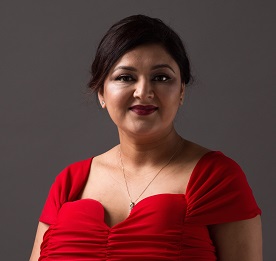